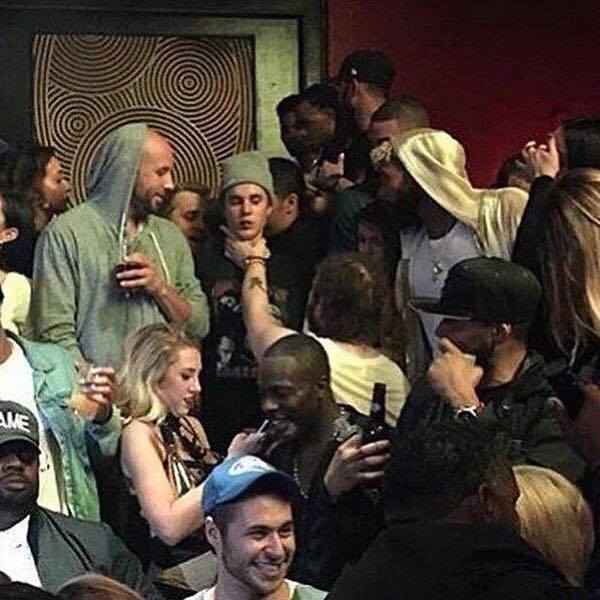 This photograph, and its caption, were posted on Imgur on April 17th. It quickly made it to the front page of Reddit, ultimately garnering over 5,000 comments.

As the picture made its way through my streams, I was struck by the many details: the different people, some interested, some disinterested; the seemingly different vertical levels of the bystanders; the colors. But I also found myself interested in something more: Who was the photographer? What was she doing to get that photo? Did she take others around that time? Was this taken, as it seems, from a phone?  While we’re great at sharing pictures on the web, we’re also notoriously bad at maintaining their context, their stories, as they spread across different networks and platforms. And not only photos, but maybe more generally, any media.

Looking to learn more, I turned to Google Image search for answers, but instead received a cacophony of results sorted by Google’s ranking algorithms, linking out to celebrity gossip aggregators. Attribution for the creator was nowhere to be found.

Mediachain approaches the problem millions of creators and users encounter daily in a novel way. This team asked, “What if information about media were open, and developers could utilize technology similar to that which powers Shazam or Google Image search to easily retrieve it?”

This is precisely what Mediachain is: a universal media library.

Had the above image been registered in the network, just by seeing it in my feed, I could look up its Mediachain and find its history. Why would that matter? I might be able to find out identity of the photographer, send her a micropayment, see what social network it originated on, see the press the image received, find more images by her and any number of other things. All of this would be possible via any number of applications that a developer might build that implements the Mediachain protocol.

How does this work? The protocol allows anyone to attach information to creative works, make it persistent and discoverable in a blockchain-based database. And because it is completely decentralized, there is no central point of control or failure. The data is maintained by participants of the network and no permission is required to contribute or access it, making it an ideal place for collaboration between creators, developers, platforms, and media organizations. It is applicable to any form of media – images, gifs, videos, written works, and also music.

Imagine if the monetization of media followed the content, instead of flowing from a platform. For example, being able to pay a musician directly by virtue of hearing their song play, no matter where you got it: from an mp3 in an email, via a link on Soundcloud, or even by hearing it on the radio.

Mediachain represents the type of permissionless innovation that we continue to support at USV.  We are excited to be investing in Mediachain, along with a16z, RRE, and other investors to advance the sharing and programming of media everywhere.

Developers who are interested in the project can find out more and get involved by joining the community on GitHub or through their public Slack.